Anterior Vs Posterior Hip Replacement: Which Is Better? 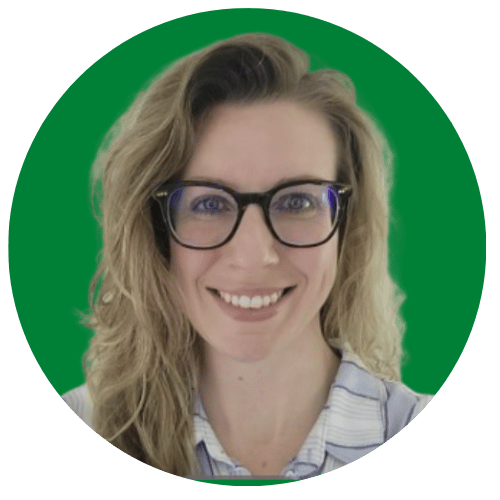 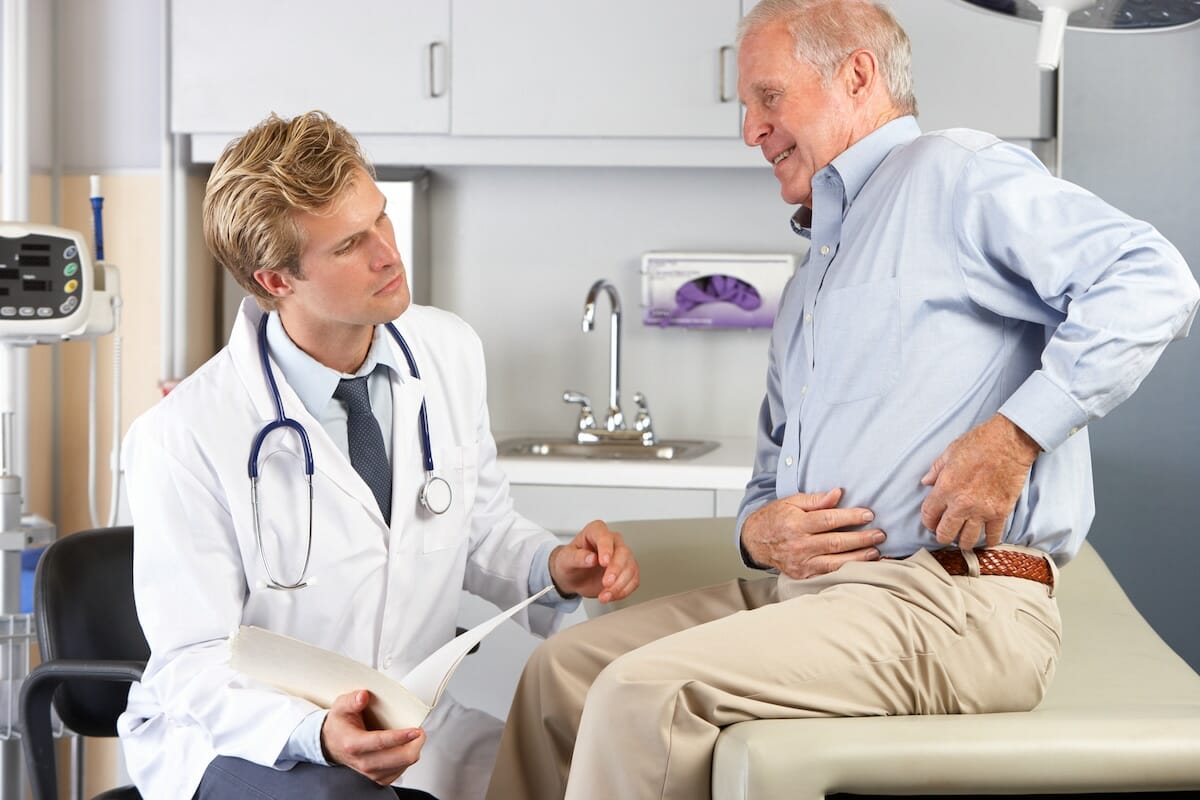 Hip replacement surgery has become more commonly known and performed over the years to treat severe hip pain that has failed all other conservative measures.

The most common reason for needing a total hip replacement is due to significant osteoarthritis.

Other potential medical reasons that would require a hip replacement include examples such as a damaged or diseased bone, inflammatory conditions that damage the hip joint, or fractures such as from a fall or other trauma.

During the surgery, the damaged joint is replaced with a metal or plastic implant. Due to the nature of the surgical incision, soft tissue and major muscles may have to be cut through or moved aside to reach the hip joint.

Whatever the case may be, you’re at the point of needing a hip replacement surgery because of debilitating and functionally limiting hip pain.

Once you’ve been evaluated by an orthopedic surgeon and they determine that you’re a good candidate for a hip replacement, the next question is what type of hip replacement will you be needing?

Two of the most common types that you will see and hear about are the anterior and posterior hip replacements.

What’s the difference between an anterior vs posterior hip replacement? Which is better?

The anterior hip replacement surgery is performed by making a small incision in the front of the hip.

The surgical incision of the anterior approach is relatively small, averaging up to about 4 inches.

The anterior approach avoids cutting through muscle to get to the joint, and instead the surgeon is able to push these soft tissues to the side to access the hip.

This is important because with less trauma to the surrounding tissues, you’ll be up and moving more easily and your recovery time will normally move along more quickly.

While the recovery from an anterior hip replacement is considered smoother and more efficient than the posterior approach, there are a couple of cons to consider.

Typically, at least the first 3 months after surgery, although this time frame may vary depending on the orthopedic surgeon, there will be some specific movements and directions to avoid when using the new hip joint.

These include excessive range in the following directions:

The purpose in avoiding these extreme ranges of motion is to protect the integrity of the joint, encourage full tissue healing, and avoid excessive strain on the new joint which could potentially result in a dislocation.

With an anterior hip replacement surgery there is potential to have numbness in the upper thigh.

Remembering the anterior hip replacement is considered less invasive though, this numbness is not necessarily permanent and can resolve in a few months.

The posterior method is performed by making an incision on the bottom.

The positioning of the hip during the posterior approach is considered to allow better visibility vs the anterior hip replacement.

The posterior hip replacement is less likely to cause potential nerve damage. As was previously mentioned with the anterior approach, there is potential of numbness in the front of the thigh, but this usually will resolve in a few months.

While there are pros to the posterior approach technique, there are also cons.

It’s good to note though that there is a minimally invasive posterior approach that will allow for a smaller incision to be made.

This technique also will cut through muscle and other soft tissue vs the anterior hip replacement moving around the soft tissues. This can negatively affect the use and activation of the muscles after the surgery.

They include avoidance of the following positions and motions:

Similar to the anterior approach hip replacement, the length needed to follow these positional restrictions will typically be at least 3 months after surgery but could vary depending on your surgeon’s recommendations and your particular hip.

These restrictions can be much more challenging to abide by as they are more functionally limiting.

You will not be able to perform activities such as a deep squat, sitting on a very low surface, or crossing the legs.

You may also be given a large pillow to keep between the legs while sleeping to avoid breaking these precautions.

Due to the location of the posterior hip replacement approach and the strict movement precautions, there is considered a higher risk for dislocation.

Part of this, as mentioned above, is because muscle and soft tissue are cut through in order to access the hip.

This, plus consideration that the positional restrictions are more functionally limiting, can slow recovery time and return to activity.

So, which is better? The anterior vs posterior hip replacement surgery?

You’ve seen the pros and cons of each, but other factors may determine which surgery is right for you. Some of these factors will include the following:

Ultimately, the decision will come down to a conversation between you and your surgeon, as well as their professional recommendation.

How long are movement precautions in place after a hip replacement?

The common time frame to avoid certain positions and hip movements is around 3 months. This can be less or more depending on the status of your individual hip and the recommendations given by the surgeon.

What is the best way to control pain after surgery?

Your surgeon will prescribe pain medication to assist in pain management after surgery. It’s also recommended to ice regularly (up to 15-20 minutes at a time, several times per day) and be sure to attend physical therapy for the best recovery and pain management.

How long is the recovery time after a total hip replacement?

Recovery time can vary depending on the individual and the status of the hip before and after surgery. Normally, anticipate anywhere from 1-3 months of rehab on average.

Even once you’ve completed physical therapy, your first full year after surgery is considered a part of the full recovery time. 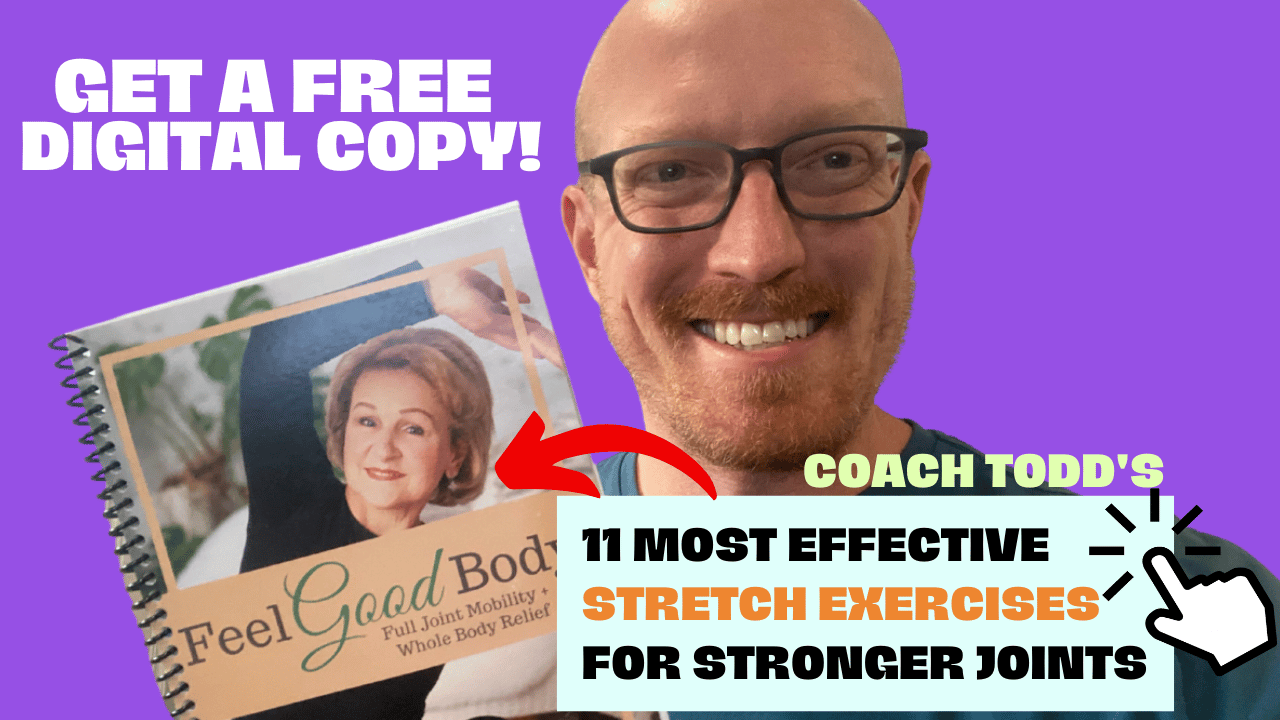 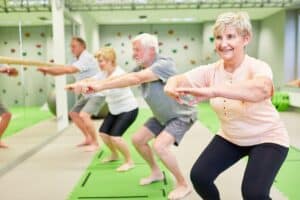 4 Home Exercises For Older Adults to Fire Up Your Glutes

As we get older, staying active and keeping our muscles strong is essential. And let’s face it; strong glutes are not just for the young 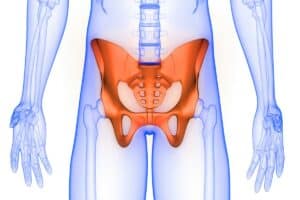 Everything You Need to Know About Hip Anatomy

Do you ever get hip pain and wonder what might be causing it? In times like this you may wish you knew more about hip 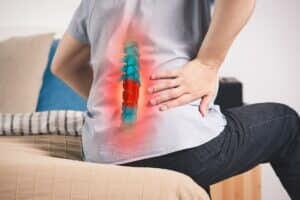 How to Get Relief from Sciatic Nerve Pain at Night

Sciatic nerve pain can create some major problems at nighttime. Many find it difficult to get comfortable and fall asleep because of their sciatica pain. 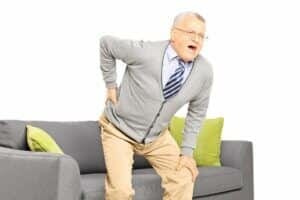 What Causes Hip Pain Radiating Down the Leg to the Knee?

Hip pain is bad enough on its own, but when it decides to get really aggressive, you may notice it radiate down the leg to 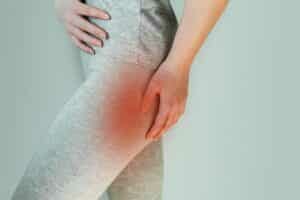 How to Sit with Piriformis Syndrome 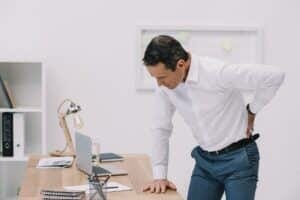 There are a variety of reasons as to why one might experience hip pain. Hip impingement syndrome is a common diagnosis you may have heard How to Effectively Foam Roll the Hips to Improve Hip Mobility

Tight hips are such a common issue! Whether it be from sitting all day at the computer or getting a killer leg workout in, tight The hip abductor muscles can be very underrated at times, but they’re incredibly important! Why Are the Hip Abductor Muscles Important? Maybe let’s begin with Back pain is common but that doesn’t make it any easier to deal with. One of the most frequent forms of back pain is sciatica, Sciatic Nerve Pain: Things That You Need to Know

​​At the end of a long day, it’s nice to sit and just relax, right? Sciatica is a literal pain in the you-know-what. Sciatic nerve

All content found on the www.feelgoodlife.com website, including: text, images, audio, or other formats were created for informational purposes only. The content is not intended to be a substitute for professional medical advice, diagnosis, or treatment. Always seek the advice of your physician or other qualified health provider with any questions you may have regarding a medical condition. Never disregard professional medical advice or delay in seeking it because of something you have read on this Website.